Rosemary is an overcomer! She struggled to find meaning in life, battling addiction and depression. She has found her confidence and realized that her purpose in life is to support others and share the same hope she herself has found. 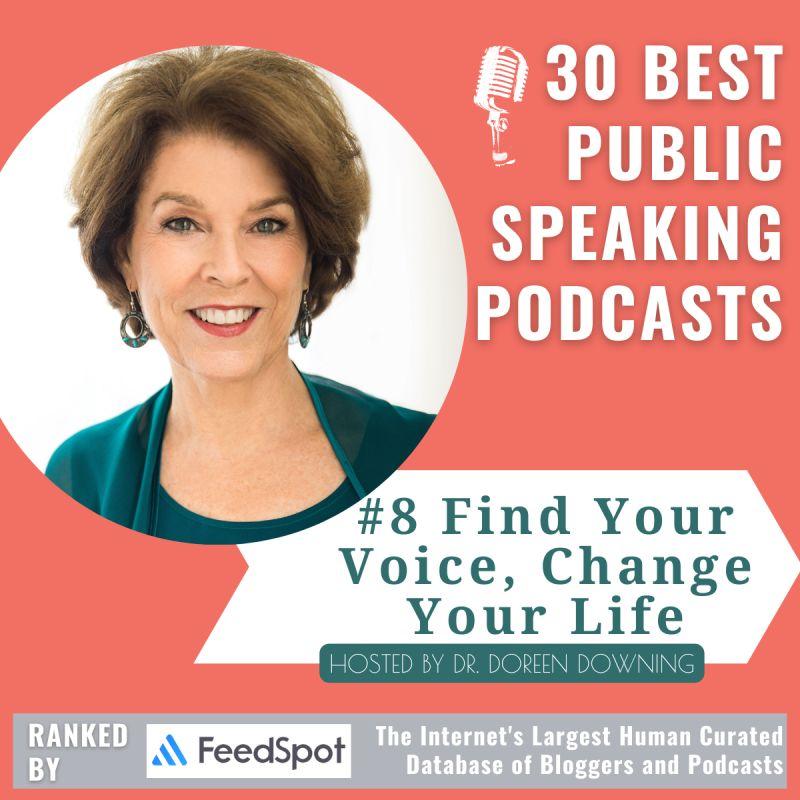 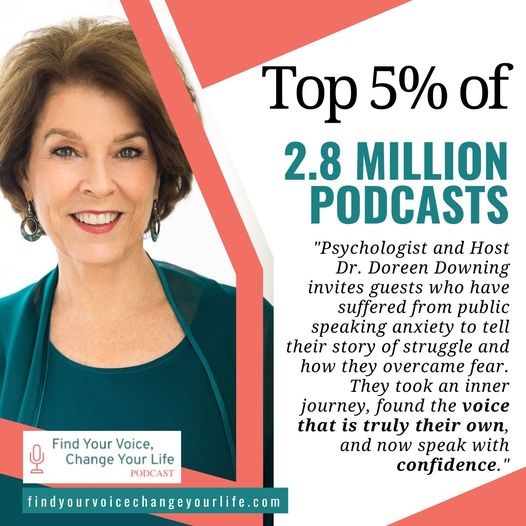 Learn How to Speak Without Fear! 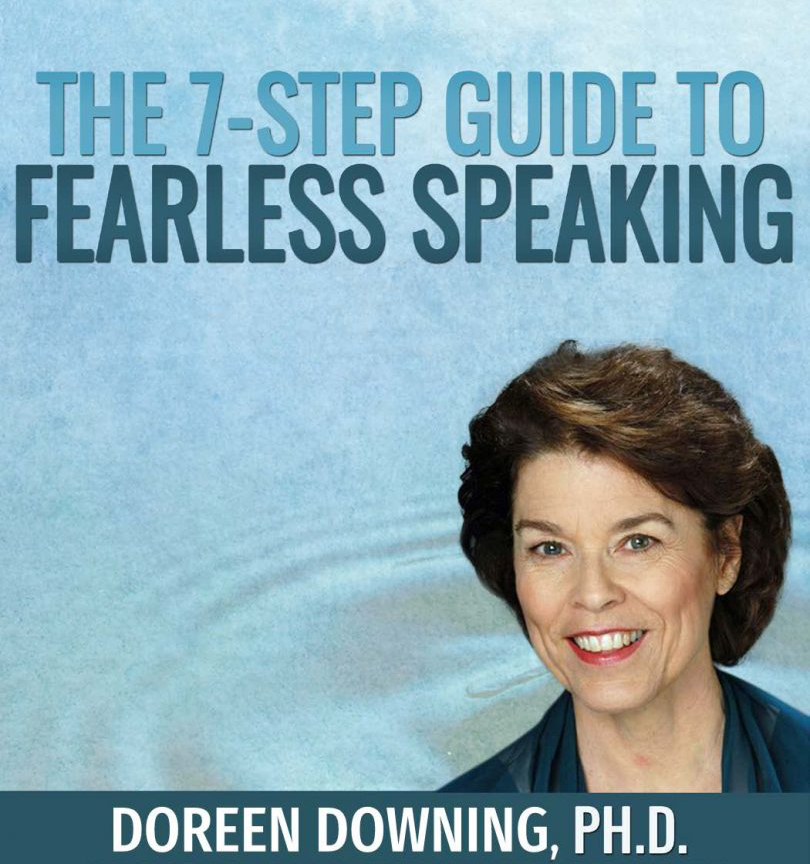 0:00:01
Dr. Doreen Downing: Hi, I’m Doreen Downing and this is the Find Your Voice, Change Your life podcast series, where I get to interview people who have felt like they didn’t have a voice. And they went through an experience, sometimes really unpleasant, maybe it was no kind of support growing up, or maybe it was just the boss at work or, whatever the circumstances, it feels like the voice didn’t get to flourish. But we all have voices, don’t we? We all want to be heard. We all want to share our gifts We just have to be able to tap into the voice that’s already there. That’s the essence. Find your voice, change your life. And today, I’m really happy to introduce Rosemary McKenzie. And she is the founder– this is so exciting– the founder of something called Craig’s table, the world’s first training and community engagement for injured workers: no injured worker overlooked, no injured worker left behind. Isn’t that amazing? Just that whole concept of us being able to have a population of injured workers where there’s somebody like you, Rosemary, who’s a stand for it, who understands it– probably has been there herself. But the reason why this is also wonderful introducing you is that you’ve been a recipient of an award! So, I’m sure you’d like to share that with us– Women of the West award recipient. So, I want to hear about that. And you’ve also got a founder of this Injured Worker Wellbeing Week, which is going to be May 31. through June. Is it June? June 4? Yeah. June 4, 2021. So welcome, Rosemary.
0:01:59
Rosemary McKenzie: Thank you. Um, I’m always amazed when people read that out, because it’s like, I want to meet that person!
0:02:09
Dr. Doreen Downing: I get to meet her. Ha ha. That’s you!
0:02:11
Rosemary McKenzie: I’ll meet her after you do. It, because it’s, I guess it’s just doing what needs to be done. And then having other people look at it and go, “Wow, that’s great.” Or whatever it is that they say. They don’t always say “Wow, that’s great.” But it really is about just seeing the challenge, sitting with the challenge as long as needs be, and then working out how to overcome the challenge. And sometimes there’s no scaffolding to climb, there’s nothing– you really do have to start from ground zero and wing it, wish it, pray it, and believe in yourself because there are times when you’re doing something and you’re starting something that even your pet cat won’t believe in you because it is so bizarre what you what you’re attempting to do. And then before you know it other people are just going, “Oh, that’s actually working, and let’s investigate it” or “let’s find out more about it” or whatever it is that pulls them in.
0:03:42
Dr. Doreen Downing: Whoops, there was a little feedback. What would you say, though? You said nobody would believe you? And then what do you know, somehow you get to… What was the experience of not– let’s start there—like, not feeling like you had a voice, what was that?
0:04:00
Rosemary McKenzie: I became an injured worker in 1994. And I spent the first three years of that not knowing where I was, not knowing what was going on, not actually understanding the system, workers comp system. I fell into prescription addiction, and this is really quite a challenging part. But I attempted suicide three times in that period. I have no memory– no working memory– of the first two attempts. And what I call “smoke memories” of the third attempt. “Smoke memories” where it seems very, very real for a few seconds and then it’s gone again. So, I, the only real knowledge I have of the three attempts is what other people have told me and what I’ve, what I’ve read in my own medical files. And it’s terrifying to look at that and go “how close I was to not being here.” And how totally out of control I was just living from one day to the next, one set of tablets or medication to the next. And very quickly developing an opioid addiction that’s it’s happened so easily and happens by stealth. And before you know it, you’re not the person who you were. And coming out of that was no easy task. So, you really have to dig deep to find the meaning that’s left within your life to get there.
0:06:03
Dr. Doreen Downing: Yeah, what a what a beginning of a story around having lost your voice– actually, almost having lost your life. You don’t have a voice unless you have a life. But how to go underneath and find it once again, how did you do that? 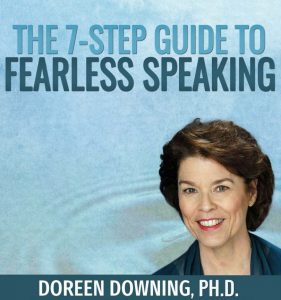 Podcast host, Dr. Doreen Downing, helps people find their voice so they can overcome anxiety, be confident, and speak without fear.

Get started now on your journey to your authentic voice by downloading my Free 7 Step Guide to Fearless Speaking: doreen7steps.com.

Podcast host, Dr. Doreen Downing, helps people find their voice so they can overcome anxiety, be confident, and speak without fear.

Get started now on your journey to your authentic voice by downloading my Free 7 Step Guide to Fearless Speaking: doreen7steps.com.